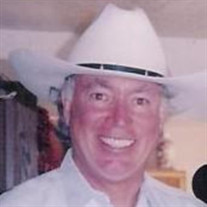 William (Bill) Bryan Kenney passed away peacefully on November 20, 2020 at his home in Orange Beach, Alabama. His wife, Elaine, was by his side. Bill was born on September 4, 1937, in St. Louis, Missouri. Bill grew up on Long Island, New York. He attended Mepham HS in Long Island, N.Y. and Union College in Schnectady, New York. His college career was interrupted by a 3 year stint in the U.S. ARMY, stationed in Okinawa, Japan. He returned to Union and graduated in 1963 with a degree in German Literature and business. While at Union he was the captain of Union's LaCrosse team, and had other student leadership roles. Bill loved to recount his face-off at center mid-field with Jim Brown (All American football and LaCrosse player). Bill laughingly admitted he spent most of that day on the ground. Many years later Bill discovered that he had also faced off against one of his colleagues at Chevron who had attended MIT. Shortly after graduation he joined Standard Oil Company’s Management Training Program. Bill was moved all around the company and country, filling various sales positions, including as President of a heating oil subsidiary, marketing jet fuel, among others; he was President of the Chevron Land Development subsidiary, building shopping centers and homes in Southern CA and the SF Bay Area. For a complete change of pace Bill later found himself working in legislative advocacy/government affairs and finally the corporate headquarter's business planning department where he remained until retirement in 1992. Bill and Elaine retired to Truckee, California to ski, and then on to Orange Beach Alabama to pursue their mutual love of boats and their quest for big fish. Bill is survived by his wife of 36 years, Elaine; son Mark Ferguson Sher-Kenney of Bozeman, MT and his daughter, Suzanna Kenney of Novato, CA.; brother, Matthew Kenney of Seattle, WA and sister, Sue Anne Colding of Seattle, WA. as well as numerous cousins of the Ryan Clan in IL and MA. Bill was the quintessential “ good man” - generous, honest, fun-loving with a contagious and booming laugh, and always ready to give a helping hand. Music was an important part of Bill's life - he enjoyed it all - from classical to country western to blues and every genre in between; entertaining and cooking also played a major role in his life, from collecting and enjoying wine from California's wine country, to preparing fine dining entrees to BBQing for a crowd - Bill always put forward his best efforts and enjoyed sharing the fruits of his labor with his many friends. Bill loved being outdoors, whether skiing at Tuckerman's Ravine in N.H. or Squaw Valley, in CA.; to camping and hiking, whether hunting elk in CO or fishing in Baja, or surf fishing in Martha's Vineyard to trolling in Alaska and the Gulf of Mexico; Bill could go trekking in the Sierra Nevada, or panning for gold in Gold Country with his young children. We all have so many fond memories of adventures with Bill. Life with Bill was never boring. Bill touched many people and made many friends; he will be much missed in numerous lives.

William (Bill) Bryan Kenney passed away peacefully on November 20, 2020 at his home in Orange Beach, Alabama. His wife, Elaine, was by his side. Bill was born on September 4, 1937, in St. Louis, Missouri. Bill grew up on Long Island,... View Obituary & Service Information

The family of Mr William "Bill" Bryan Kenney created this Life Tributes page to make it easy to share your memories.

Send flowers to the Kenney family.