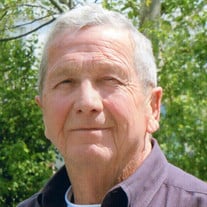 Wallace “Buddy” Truman Mullis was born on March 11, 1940 in Atlanta, Georgia to Wallace and Sarah Mullis. He was the third oldest of eight siblings, that included his younger brother Donnie, two older sisters, Virginia and Margaret, and 4 younger sisters Connie, Tina, Lucille, and Susie. Due to his father’s work, Buddy and his family spent parts of the 1940s and 1950s in Norfolk, Virginia and North Augusta, South Carolina but later returned to Atlanta where Buddy graduated from Fulton High School in 1960 and married his life-long companion and sweetheart, Carolyn Mullis. Having spent his high school years working at Big Apple grocery stores, Buddy first considered a career in the grocery business. However, ultimately following in his father’s footsteps, he decided to pursue certification as a Master Plumber by completing the 5 year plumbing apprenticeship program. His skill as an apprentice and plumber was formally recognized when he won the Patterson award in competition with other apprentices throughout the United States of America. In 1961, Buddy and Carolyn were blessed with their first son, Randy. Moving forward in the 1960s, Buddy completed his apprenticeship and began establishing himself in the plumbing industry. Serving first as a journeyman, foreman, and later, a job superintendent, Buddy worked on projects of local, national and even international importance. Included among the many projects he helped to complete during this time was the Atlanta-based headquarters for the U. S. Centers for Disease Control. Following the birth of their second son, Ronnie, in 1969, Buddy’s ambitions led him build his own Atlanta-based plumbing business. Throughout the 1970s and 1980s, Buddy’s plumbing company, A&M Plumbing and Heating, employed hundreds of plumbers and laborers and completed work on some of the most well-known structures in Atlanta, including the expansion of the Hartsfield-Jackson International airport and Atlanta’s World Congress Center, among many others. Importantly, in partnership with Carolyn, all these accomplishments were simultaneously performed while also providing his family with a safe, loving, and stable household that was surely unmatched by his peers. So successful was he in the plumbing business, he achieved what most can only dream of – a retirement before age 50. In the late 1980s and early 1990s, Buddy and Carolyn moved to Orange Beach to begin the next chapter of their life. Never one for idle time, Buddy decided to forego retirement to build a successful plumbing supply business in Orange Beach. During this period and going forward, Buddy also built a reputation in the commercial real estate market where he both invested personally and sold commercial real estate. Known for his unique instinct and business sense, he was sought out by many investors within and outside the local community for advice, planning and partnership. Some of his properties have served as the South Baldwin county footprint for such prominent national brands as Cracker Barrel and Sherwin-Williams. His investment partners have included such prominent figures as a past United States Ambassador to France. Despite all his past achievements and success, perhaps what Buddy is best known for by those who truly knew him was his integrity, generosity, and sincere consideration for others. Without a sense of arrogance and his own brand of common-sense, what he truly did was project humility, appreciation, and love to those who knew him. His impact is timeless. He provided inspiration to those who preceded him in his passing, and those who remain behind, as he so bravely passed away on May 3, 2020. Wallace “Buddy” Truman Mullis was preceded in death by his parents, Wallace Raleigh and Sarah Elizabeth Mullis and his siblings, Donnie, Virginia, Margaret, and Lucille. Those he preceded in death include his loving wife, Carolyn Gatch Mullis, his oldest son Randy and his wife, Tina, his youngest son, Ron and his wife, Michelle and his grandchildren, Adam, Cody, Colton, Daniele, Christi, Abbey, Courtney and Brittney.

Wallace &#8220;Buddy&#8221; Truman Mullis was born on March 11, 1940 in Atlanta, Georgia to Wallace and Sarah Mullis. He was the third oldest of eight siblings, that included his younger brother Donnie, two older sisters, Virginia and Margaret,... View Obituary & Service Information

The family of Mr. Wallace "Buddy" Truman Mullis created this Life Tributes page to make it easy to share your memories.

Send flowers to the Mullis family.