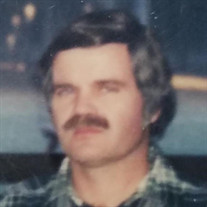 Philip “Phil” Campbell passed away on October 25, 2020, surrounded by his children, near his home in Fort Morgan, Alabama. Born in Boston on October 21, 1941, Phil spent his formative years in Maine. He attended North Yarmouth Academy and the University of Maine at Orono, spending his summers on Bustins Island, ME. Phil graduated from UMO in 1964 with a BS in math and biology, and moved with his wife Diane and infant daughter Heather to Woodland, Maine. Phil taught math and coached basketball at Woodland High School, where he was voted Teacher of the Year. Daughter Jennie arrived to join the family during Phil’s Woodland years. It was in Woodland that Phil began his long career in pulp and paper as an environmental engineer - originally working summers for Georgia-Pacific while teaching, and eventually devoting himself to forest products in 1967. Phil worked at a number of different pulp and paper companies and lived in many “mill towns”. One highlight was his time with Great Northern-Nekoosa in Wisconsin Rapids, WI where he met and married Patricia “Pat” Welch, mother of son Ian. Another notable stop was Borneo, where he and third wife Heidi Lindy (nee Zarboch) enjoyed many adventures. Phil rounded out his career as Director of Science and Technology at Leaf River Forest Products in New Augusta, Mississippi. Phil was a lifelong basketball fan, playing for North Yarmouth Academy, managing the basketball team at the University of Maine, and rooting for the LSU Tigers. A pop culture maven and avid reader, Phil particularly enjoyed the works of Stephen King. Phil was a teller of entertaining tales - many of which were true. He also supplied material for many good stories to all who knew him - and many who didn’t. Phil would never smile on cue for a photo - but would flash his wicked grin at rare and opportune moments. Phil was preceded in death by parents Rev Scotty and Mrs. Dot Campbell, and siblings Alan and Vicki Campbell. Phil is survived by children Heather, Jennie, Ian and Robyn; grandchildren Jacob, Levi and Erin; sisters Alice Kent and Gina Campbell; wife Heidi Lindy Campbell; and ex-wives Patricia Campbell and Diane Proctor Campbell. There will be a small wake in Maine next year (or whenever the family can safely gather in person). Donations in Phil’s memory can be made to One Tree Planted (onetreeplanted.org).

Philip &#8220;Phil&#8221; Campbell passed away on October 25, 2020, surrounded by his children, near his home in Fort Morgan, Alabama. Born in Boston on October 21, 1941, Phil spent his formative years in Maine. He attended North Yarmouth... View Obituary & Service Information

The family of Mr Philip "Phil" Campbell created this Life Tributes page to make it easy to share your memories.

Send flowers to the Campbell family.