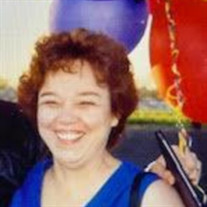 Born: July 18, 1943 in Memphis, Tennessee. Passed: September 7, 2021 at South Baldwin Regional Medical Center in Foley, Alabama with her family by her bedside. She was preceded in death by her parents John Street and Margret Foy. Her Brothers... View Obituary & Service Information

The family of Mrs. Linda Grace Norris created this Life Tributes page to make it easy to share your memories.

Send flowers to the Norris family.