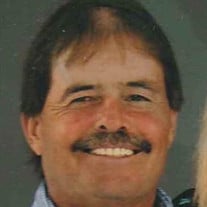 John Lloyd Thompson, age 61, of Summerdale, Al went home to be with the Lord on September 16, 2020 surrounded by his family. Johnny (as he liked to be called) was born June 1, 1959 in Pensacola, Fl to Willis and Leila Thompson where he grew up with his four siblings; a sister Juanita Thompson Jones and three brothers, Jimmy Thompson, David Thomas, and Hank Thomas. He met his wife and love of his life, Lisa Thompson in 1977 and they began their life together raising their three children: Joe WInstead, Amanda (Pat) Knox, and Jeannie Thompson. In 1989 he moved his family to Summerdale, Al where he achieved a lifelong dream of building his own home. As the years went on he was blessed to grow his family to include four grandsons (Curt Winstead, Trey Knox, Jack Winstead, and Andrew Lamb), four granddaughters (Alex Winstead, Selena Coate, Morgan Hayes, and Callie Rich) and a great-granddaughter Madilynn Winstead. He also had 16 nieces and nephews. Johnny was a master of masonry for nearly forty years and coming from humble beginnings was never afraid of hard work. His admirable work ethic allowed him to achieve whatever he put his mind to and his attention to detail always ensured that it would be done right. He was a great provider for all his family and never wanted to see anyone go without. Johnny was a son, husband, father, brother, uncle, and the absolute best granddad. He was kind-hearted, handsome, witty, and smart. He loved Christmas, all types of music, and singing karaoke. He loved tinkering around in his shed and yard and sitting the back porch as much as he loved relaxing in his recliner watching old westerns or catching a Florida Gator's game on any given Saturday. He loved his family, kids, and grandkids, but more than anything, he loved Lisa (whom he lovingly referred to as Liza) and The Lord. His family was blessed to know of his close relationship with God and feels the peace of knowing his is now walking the streets of gold. We will miss him terribly until we meet again. He was preceded in death by his father Willis Everett Thompson, mother Leila Alvania Thomas Welch, sister Juanita Ann Thompson,brother David Allen Thomas, nieces Becky Lee Jones, and Frankie Lee Jones, nephew James (Buddy) Everett Thompson, and father in law Don Herbert Gipson. Funeral Services will be held from the Chapel of Pine Rest Funeral Home on Monday September 28, 2020 at 11:00AM. The family will receive friends at the funeral home on Sunday September 27, 2020 from 5 until 8PM. Interment will be in Pine Rest Memorial Park.

John Lloyd Thompson, age 61, of Summerdale, Al went home to be with the Lord on September 16, 2020 surrounded by his family. Johnny (as he liked to be called) was born June 1, 1959 in Pensacola, Fl to Willis and Leila Thompson where he grew... View Obituary & Service Information

The family of Mr. John Lloyd Thompson created this Life Tributes page to make it easy to share your memories.

Send flowers to the Thompson family.