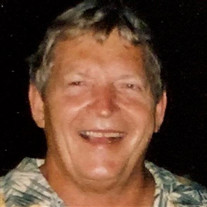 Frank Gibson Bond Merrill Jr. Obituary Frank Gibson Bond Merrill Jr., 72, died unexpectedly, July 16th, 2020, at his residence in Gulf Shores, Alabama. He was a native of Birmingham and was born May 3rd, 1948 to Bessie Myra (Owen) Merrill and Frank Gibson Bond Merrill Sr. Frank was an alumnus of Marion Military Academy and he attended The University of Alabama in Tuscaloosa. After college, he moved to Gulf Shores, Alabama where he became a commercial real estate developer, builder and restaurant owner. Gulf Shores not only turned out to be a lucrative place for business but also for love. There, he reconnected with the Dawn (Daniel) Mckenzie, love of his life, with whom he happily spent the remainder of his years. In addition to his parents, he was predeceased by Dawn’s son, Damian. Surviving in addition to the love of his life, Dawn Mckenzie, are Dawn’s daughter, Desiree (Mckenzie) Wright, whom he considered his own, and husband, Jason, of Birmingham; two sisters, Lula (Merrill) Lowry and husband, Marvin, of Georgia; Emily (Merrill) Hudson and husband, Fritz, of Birmingham, along with numerous nieces and nephews. A service of remembrance will be held at Kenny and Lori Keelin’s residence, 21467 Oak Ridge Drive, Robertsdale, Alabama 36567 on Saturday, July 25th, at 4:00 PM. Those who wish to remember Frank in a special way may make donations in his memory to Shriner’s Hospital for Children

The family of Mr. Frank Gibson Bond Merrill Jr created this Life Tributes page to make it easy to share your memories.

Send flowers to the Merrill family.