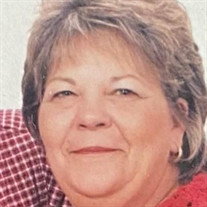 Deborah (Debbie) W. Berman passed away on July 31, 2021, at her home in Foley, Alabama. Born on March 19, 1952, in Springfield TN, Debbie was the daughter of Jeanette Kiger Wilkins and the late Ellis Wilkins. After high school, Debbie moved to West Palm Beach, Florida where she attended college for accounting and met and married her true love, Larry Berman. This October, they would have celebrated their 45th wedding anniversary. Shortly after marrying, they moved to Northern Virginia to start their family, where they raised four children together. Debbie worked for 35 years in retail and bookkeeping, before retiring to help care for her grandchildren. Debbie loved spending time with all her family, but especially her grandchildren. She was often found at their schools, ball games, cheer competitions, and horseback riding lessons, or just having special “Me-Mom” time with them. Debbie is survived by her husband Larry Berman; daughters, Christina Lunceford (Roy) and Jennifer Berman; sons, Robert Berman (Ashley) and Michael Berman; six grandchildren: Kendall Berman, Bailey Lunceford, Lucas Berman, Ainsley Berman, Eli Berman, and Kaylee Bumgardner; her mother, Jeanette Wilkins; brothers, Terry Wilkins (Debbie Sue) and Goeffrey Wilkins (Pat); sister, Vickie Tardiff (Mike) and 13 nieces and nephews and two aunts. She was preceded in death by her father and two brothers, Danny Ray Wilkins and Michael Wilkins. The family will receive friends on Thursday, August 19, 2021 at 11 am for a memorial tribute at Pine Rest Funeral Home 16541 U.S. 98 Foley, AL 36535. Immediately following, interment will take place at Alabama State Veterans Memorial Cemetery in Spanish Fort, Alabama In lieu of flowers, those who wish to make a donation in her memory may do so at www.stjude.org/give or to the Alabama State Veterans Memorial Cemetery at Spanish Fort.

Deborah (Debbie) W. Berman passed away on July 31, 2021, at her home in Foley, Alabama. Born on March 19, 1952, in Springfield TN, Debbie was the daughter of Jeanette Kiger Wilkins and the late Ellis Wilkins. After high school, Debbie moved... View Obituary & Service Information

The family of Mrs. Deborah Berman created this Life Tributes page to make it easy to share your memories.

Send flowers to the Berman family.