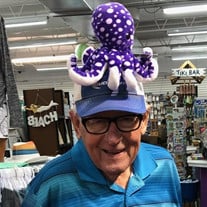 Conwell Judson Voight was born in Gills Rock, Wisconsin on Feb 27th 1928. The son of Harry & Edna Voight, CJ (or Connie) grew up on a large farm with 7 other siblings and made it through the Great Depression by farming, fishing, and whatever odd jobs were to be found. One of these included garaging Al Capone’s Gang’s cars in the barn and storing their guns in the pantry while the Chicago hoods went across the water to service their moonshine business on Rock Island. Hey, whatever it took. After graduating from Gibralter High School, Dad enlisted in the Army AirCorps in 1946. He served as aircraft mechanic and left the military as a sergeant. Employing the GI Bill, Connie went West and attended school to get certified as an aircraft jet engine mechanic. He was joined shortly afterwards by Phyllis Rae Chambers who he had known in high school. Love led to marriage in 1951. Dad graduated from mechanic school and got a job with Northrup Aviation as an aircraft engine mechanic and settled in Palmdale, California. In 1955 he joined General Electric Jet Engine Division, and got in on the ground floor of the development of the J-79 turbojet engine, which became an icon in the aviation industry and paved the way for the company’s aviation success today. Also in 1955, Connie and Phyllis had their first child, Thomas Ray, followed by their 2nd child, Laurel Ann in 1958. In 1963, they moved to Phoenix, AZ, where Dad worked on the German Pilot training program, which trained German pilots to fly the F104 Starfighter. In 1968, Connie changed job direction and became a GE jet engine tech rep as the family moved back to Antelope Valley. Dad worked on various programs, including doing post and pre-flight checks on the XB70, the world’s first Mach 3 bomber. He also worked on solving a dangerous problem with the new F4E Phantom, which would lose engine power in a dive while firing its 20mm Gatling nose gun.This led to his favorite GE assignment, as the tech rep for the J79 engine with the United States Air Force Thunderbirds. Dad provided technical expertise to the team’s tech crews, accompanying the team in all their performances. Widely respected by both pilots and ground crew, C.J. was even awarded the coveted Thunderbirds Crew Chief tool box, an honor normally reserved for military tech personnel only. After the T-Birds, Connie left GE and sold real estate before purchasing a Texaco station, Voight Texaco, which he ran successfully for 5 years. His contacts at the station got him into the casino industry, where he worked as the slot manager for 2 large downtown hotels. Afterwards, he worked for a company that serviced slot machines and collected winnings/payouts for various casinos. He and his wife Phyllis built a house in Gills Rock Wisconsin in 1987, moving back there full time in 1990. Every year after, they became snowbirds in Gulf Shores, Alabama. Every summer they entertained their children and grandchildren at the Wisconsin Bay Road house and every winter they hosted them at various beach rental properties. Eventually they purchased a home in Foley, AL. His lovely wife Phyllis passed away in January 2005, and Connie busied himself with his favorite pastime golf, and visiting with his children and grandchildren. He was a supportive father and grandfather, a loving husband, an outstanding golfer, and an all around good guy. He was devoted to his wife and family, and was a huge fan of the real America’s Team, the Green Bay Packers. Go Pack Go! Visitation will be at 4 PM at the Pine Rest Funeral Home on Sunday, April 28th, 2019 at 16541 US 98, Foley, Alabama Remember Dad, don’t play too much golf in heaven. Two rounds a day is plenty.

Conwell Judson Voight was born in Gills Rock, Wisconsin on Feb 27th 1928. The son of Harry & Edna Voight, CJ (or Connie) grew up on a large farm with 7 other siblings and made it through the Great Depression by farming, fishing, and whatever... View Obituary & Service Information

The family of Mr. Conwell "Connie" "CJ" Judson Voight created this Life Tributes page to make it easy to share your memories.

Send flowers to the Voight family.