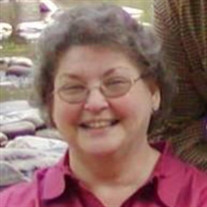 Betty Ann Hamburg (fondly known to many as “Miss Betty”) was born in Foley, Alabama, on November 3, 1946, and died at Providence Hospital in Mobile, Alabama, on April 18, 2020. She was a beloved wife, mother, sister, grandmother, aunt, and friend. Betty graduated from Foley High School in 1965. She met Robert Henry Hamburg on a blind date at the Foley Bowling Alley, and they were married at St. Paul’s Lutheran Church on October 22, 1966. The couple resided in Foley, where Betty worked as a homemaker raising three children. She was an avid reader who valued education and enrichment, and she ensured that her children pursued their talents and hobbies to their fullest extent. She opened her home to her children’s friends as well, with many considering her to be a second mom. As her children grew older, Betty opened a preschool in her home and educated many children with love and warmth. Every child who left for kindergarten after being at “Miss Betty’s” could write their name and knew their colors, numbers, and letters. She made an impact on their lives, with many keeping in touch with her over the years. Betty was an active member of St. Paul’s Lutheran Church, where she taught for many years as a Sunday School teacher, served as Sunday School Superintendent, and directed the children’s Christmas pageants. Betty enjoyed aerobics, yoga, and exercising at the Foley YMCA and made many lifelong friends with the other “Silver Sneakers.” She and Robert enjoyed traveling and saw many parts of the United States and went abroad to England, Scotland, Ireland, and Italy with her sister Cathy. She relayed her travels with her observational humor that enlightened and entertained her loved ones. Her greatest joy in life were her three granddaughters, who affectionately called her “Oma.” Her love for them knew no bounds, and she filled their lives with warmth, fun, and, yes, beautiful clothes. She passed away on April 18 after a battle with multiple health issues. She is survived by her husband Robert; her children: Todd Hamburg, Lisa Bastin (Herb), and Stephen Hamburg; her granddaughters: Katherine, Jane, and Emma Bastin; her siblings: Cathy Terry (Skip Frolik), Don Terry (Darcy), and Lonnie Terry (Kathy); and several nieces and nephews. She was preceded in death by her parents Arthur and Ruth Terry. A graveside service will be held for immediate family members on April 26, 2020, at Pine Rest Funeral Home and Memorial Park in Foley. When large gatherings are permitted once again, there will be a memorial service for Betty, and the family looks forward to celebrating her life with her many loving family members and friends. In lieu of flowers, the family requests that you consider making a donation to the St. Paul’s Lutheran Church Sunday School Fund in Betty’s honor.

The family of Mrs. Betty Ann Hamburg created this Life Tributes page to make it easy to share your memories.

Betty Ann Hamburg (fondly known to many as “Miss Betty”) was...

Send flowers to the Hamburg family.