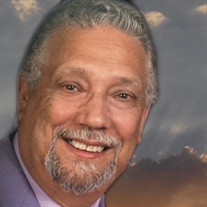 Allen A. Duplesis, known to family and friends as Buddy, born June 17, 1945 passed away on Jan. 22, 2021 at the age of 75 Years. A Native of New Orleans, Louisiana for 38 years, resided in Foley, Alabama for the past 37 years. Preceded in death... View Obituary & Service Information

The family of Mr Allen A. Duplesis created this Life Tributes page to make it easy to share your memories.

Allen A. Duplesis, known to family and friends as Buddy, born...

Send flowers to the Duplesis family.